What: A music event with performances from Roughian, Sgilti Ysgafn Droed, Endeser and Cloaka // When: March 13th, next event slated for May 26th // Where: Aberystwyth Boat Club

Review: In an age in which Spotify are obligated to offer users the option to hide their guilty pleasures from public view and a BBC Radio One presenter can expect a standing ovation for admitting to liking a Taylor Swift song, one wonders if music listeners have ever been so self-conscious. A song such as Mark Ronson’s impeccably-produced pastiche “Uptown Funk” arguably reaches the masses by deftly dousing inherently cool funk tropes – spangly horn sections, raspy James Brown posturing courtesy of Bruno Mars – in 2014 hedonism. The track’s reluctance to attempt anything truly innovative was apparently of great comfort to consumers on a worldwide scale, and as inescapable hits go, there was still much to enjoy about Ronson’s irony-tinged emulation of a brand of music that is more perceptibly credible by mere virtue of its age.

But it is a notable lack of irony and inhibition that marks out Aberystwyth’s Funk’d as a distinctly joyous music event. The musical jamboree – which has been organised by local musician Gwion Llyr for almost two years – emblazoned the Aberystwyth Boat Club with an eclectic eruption of disco, IDM, techno, and house. The choice cuts of both resident and touring DJs represented a multitude of decades, with the titular genre only sprinkled occasionally throughout.

This is a night in which recently canonised dancefloor staples – from the giddy, neon-drenched EDM of the Avicii and Sebastien Drums collaboration “My Feelings For You” to the irresistible deep bass pulsations of Jauz’s “Feel The Volume” – shamelessly rub shoulders with juicy remixes of earthy classics such as Anita Ward’s “Ring My Bell” and Ray Charles’ “Hit The Road”. The effect is an intoxicating sense of spontaneity and airborne excitement, and these are excerpts from just one set; that of Aberystwyth’s own electronic music duo Roughian, comprised of Llyr and Steffan Woodruff. Sgilti Ysgafn Droed, Endeser and Cloaka, the evening’s much-buzzed-about headliner, all turned in stellar showings.

Although unassuming in both size and reputation, students and local residents alike should find the Boat Club to be a welcome deviation from the town’s leading nighttime venues, Why Not and Pier Pressure. It has the slightly rickety maritime charm of the latter, coupled with the former’s USP. Yes, you heard right: one may drink on the dancefloor. The venue’s bar-club duality is easy to navigate thanks to a spacious smoking deck, and while it may be comparatively isolated in terms of its location – there is an admittedly galling lack of nearby cash machines, so do bring cash! – it also provides patrons with respite from the often claustrophobic nature of the town’s nightlife.

With Funk’d continuing to grow and experiment – the Boat Club is set to be taken over again on May 26th – the music lovers of Aberystwyth have been afforded the rare chance to immerse themselves in an endlessly ambitious event in its embryonic stages.

After two solid minutes of unfettered bravado, Beyoncé says she wants “everyone to feel like this”, which is a fairly petrifying request depending on how receptive you are to the brand of masturbatory ego-tripping she co-opts from a guesting Nicki Minaj for the remix of one of the sprightlier joints from her self-titled fifth album. Granted, the shameless arrogance they display is probably healthier than the self-effacing greeting card sentiments we as music listeners have grown accustomed to, but as we’ve come to expect from Minaj, for every moderately witty remark (“This watch here done phase blizzards”) there’s always a landslide of misogyny (“These bitches washed up, and ain’t no fuckin’ soap involved”) and birdbrained materialism just around the corner.

The power of the original “***Flawless” – in which cocky verses (“Bow down, bitches!”) and the song’s more universal “Flawless” hook bookended an excerpt from Nigerian author Chimamanda Ngozi Adichie’s speech “We should all be feminists” – wasn’t  lost in the rendering of this redux, hence its place on our list, but neither was it capitalised upon. A remix featuring the world’s leading female rapper should have provided a chance to streamline the track’s messy structure into something easier to canonise as a dance-floor staple; Bey’s failure to do so is either emblematic of a lack of confidence in the original song’s commercial appeal, or an over-confidence in her imperial stature in the music industry. 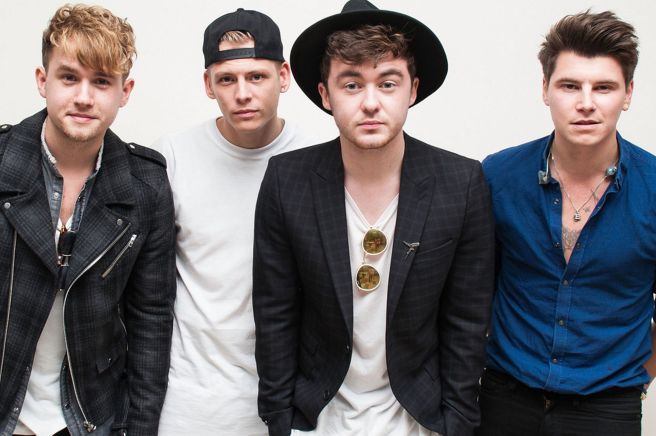 The combined talents of British soap star and housewife heartthrob Shane Richie and singer Colleen Nolan can be seen manifested within their cherub-faced son, Rixton frontman (or should that be frontboy?) Jake Roche. The electropop-rock charm of breakout single “Me and My Broken Heart” is indebted to Rob Thomas’ 2005 hit “Lonely No More”, with producers Benny Blanco (Maroon 5, Katy Perry) and Steve Mac (One Direction) adding just a pinch of lilting Fisher Price ska to the verses for flavour, and Roche emoting like a young Adam Levine whose been miraculously shorn of all shrillness.

And despite primarily being a plea for a one night stand,“Me and My Broken Heart” is still a whole lot more subtle than songs of a similar ilk purveyed by their peers; there’s no “Tonight lets get some / and live while were young!”-sized clunkers to be found here. 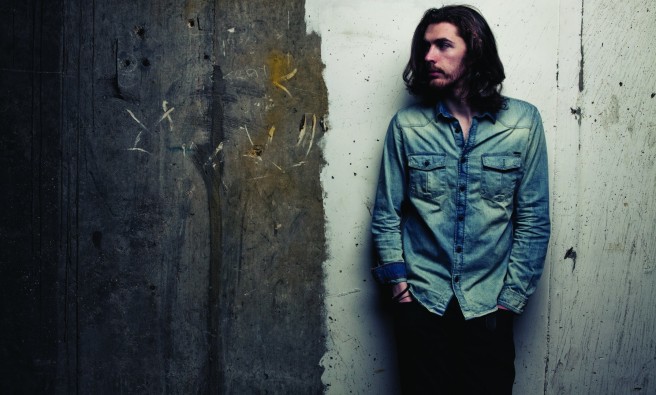 It’s impossible to deny the funereal force of the Grammy-nominated “Take Me to Church”, and if there were an award for Song Most Suited to a Crucifixion (Cinematic or Otherwise) then we’re sure Hozier’s breakthrough would sweep it. But to define the reach of his talents by a single whose release and subsequent notoriety was well-timed with the continued religious emancipation of Hozier’s (née Andrew Hozier-Byrne) native Ireland – with a little help from a highly provocative music video depicting small-town homophobia – would be disrespectful to his talent, especially with a self-titled debut packed full of tuneful exercises in fervent indie rock to explore.

“Jackie and Wilson” works with a noticeably more colourful palette than the majority of its parent album, sauntering into existence with tight garage-rock swipes that graduate into a sky-high, love-struck chorus.

See also: “Take Me to Church”, “Someone New”

12. La Roux – Kiss and Not Tell, Trouble In Paradise

For Elly Jackson and Ben Langmaid, the five-year gestation of their sophomore album yielded an almost filler-free collection of tracks drenched in new wave’s delicate, pleasure-seeking suavity, but apparently at the expense of their professional relationship. Langmaid abandoned the production in 2011, taking to Twitter this summer to denounce Jackson’s credibility by reducing their collaborations to an artist-muse scenario:

This implicit bitterness looms large over Trouble In Paradise, with even the curling synth lines of second single “Kiss and Not Tell” buckling under the pressure. But with Jackson’s once chrome-plated falsetto now tamed into a smooth purr, the conscious-battling discourse on infidelity is given a cheeky lift that her altogether colder work on 2009’s hit-filled La Roux could only dream of. Spread the word.

From its first few bars of gummed synth, “Fancy” is instantly recognisable as the song that ruled the summer of 2014. As far as we’re concerned, Australian rapper Iggy Azalea’s adopted Southern American accent is more of a tribute to a culture she grew up admiring than an offensive parody, but the upheaval that continues in the wake of her success makes us all the more grateful for the distraction that Charli XCX’s earworm of a topline provides to this very day.