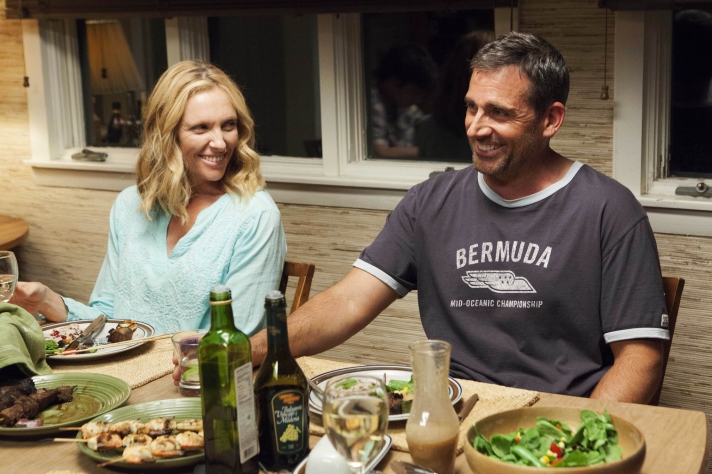 Review: Why Nat Faxon and Jim Rash leave it to sixteen-year old Liam Jones to find substance in their directorial debut is a mystery, especially with the likes of Steve Carrell, Toni Collette and Allison Janney on the payroll.

To say that The Killing star comes up short is not to denounce his ability. His turn as despondent teen Duncan occasionally hits the right notes, particularly in a stilted ‘heart to heart’ with his mother’s snide boyfriend Trent (Carrell), who asks his potential stepson to rate himself out of ten. When met with a hopeful answer, Trent cruelly negates it. Jones matches Carrell’s almost overwhelmingly smug air with a squirming delivery that brilliantly conveys the awkwardness of adolescence. In a car with only Trent, his prickly daughter Steph, and Duncan’s sleeping mother Pam (Collette) for company, his performance appears stark and understated. With the arrival of Janney’s vivacious Betty – a one-woman Neighbourhood Watch who ambushes this makeshift clan the second they arrive at their summer beach house –  Jones seems borderline catatonic.