Had it been unleashed at the height of Obama-era optimism in 2011, Kesha’s new single ‘Raising Hell’ would have a three-week minimum stint at #1 on lock.

The infectious LOL-pop number – replete with horn-driven breakdowns – is as purpose-built for sorority house party playlists as ‘Tik Tok’ or ‘We R Who We R’. At its heart is a message of salvation through sin, a textbook credo for a Kesha song, written for the ‘misfits of creation’.

A welcome difference this time is a dose of churchy delirium (handclaps, dramatic pianos, chintzy organs) that not only allows Kesha to really SANG, but also dovetails nicely with 2017’s GRAMMY-nominated ‘Praying’.

But where that ballad was a searing account of alleged abuse at the hands of disgraced über-producer Dr. Luke, ‘Raising Hell’ is a rapturous celebration of freedom. Even when the unmistakable voice of bounce legend Big Freedia commands you to ‘drop it down low’, this is a party where the guests are drunk on gratitude more than anything else.

Watch Kesha preach the good word and kill her abusive husband(!) in the ‘Raising Hell’ video below: 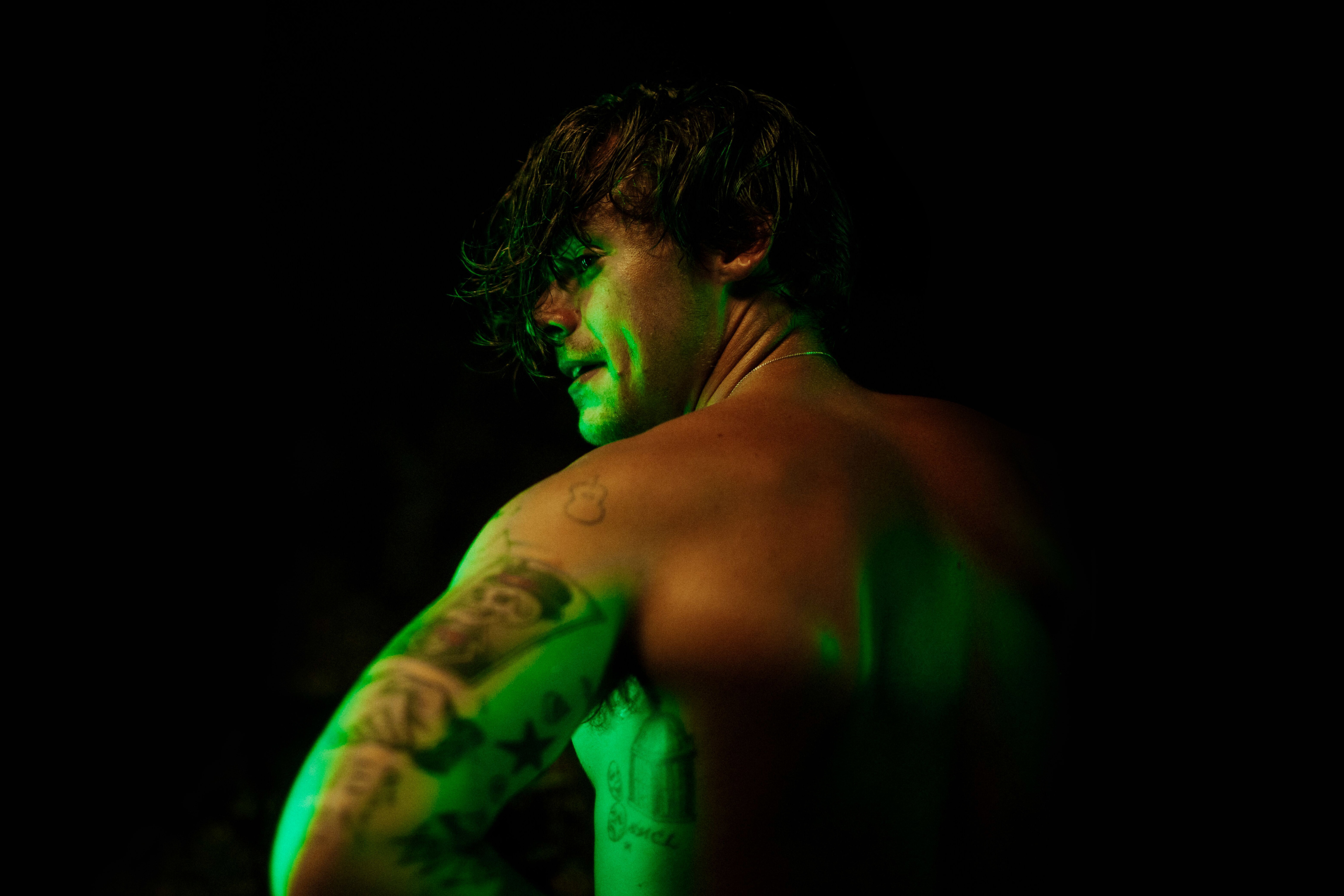 Psychedelic gloss and a midway U-turn towards gospel make this a pleasingly soulful return.

Harry Styles is very good at writing songs about nothing. That skill has been a liability in the past – see laughably hollow solo debut ‘Sign of the Times’ – yet new single ‘Lights Up’ somehow makes sense of his flair for nebulous lyrical imagery.

Presumably the first offering from the singer’s upcoming sophomore album, the song emulates the hushed ecstasy of indie-pop heavyweights like Miguel or Tame Impala, with a midway U-turn towards gospel and a psychedelic finish.

Musings on knowing ‘who you are’ and shining ‘so bright sometimes’ land with all the sagacity of that guy who brings his acoustic guitar to every house party doing shrooms for the first time. Thankfully, the lush milieu and stacked harmonies add a soulfulness that would otherwise be missing. For three magical minutes, Harry Styles sounds like he’s got something to say.

Watch Harry brush skin with some sweaty people (yes, woman AND men) in the ‘Lights Up’ video below: 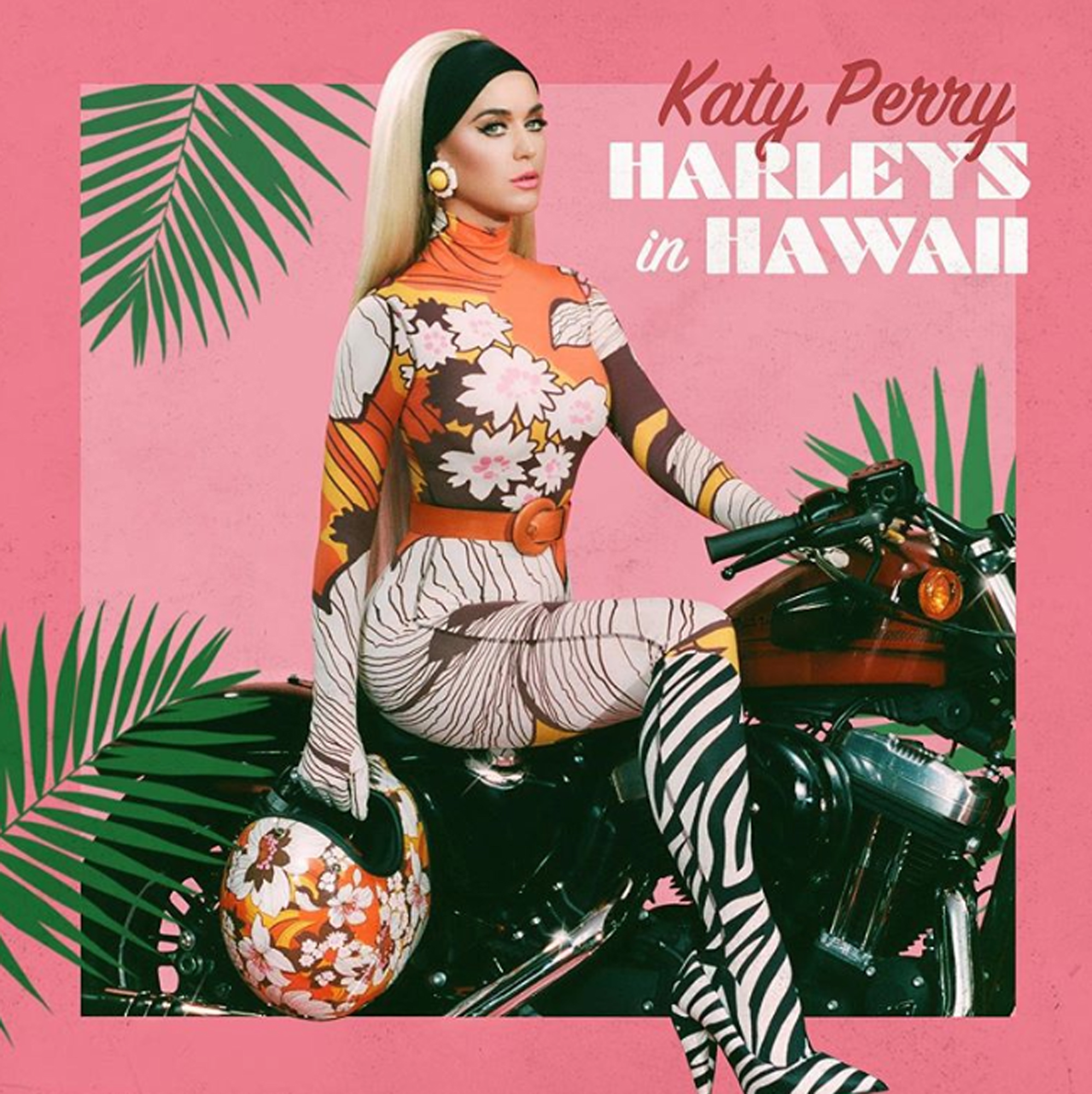 Are those the macho revs of a Harley-Davidson motorcycle you hear? Or the enthused purrs of KatyCats the world over?

Produced by Charlie Puth and Johann Carlsson, it’s a tantalising midtempo built on guitar plucks and woozy synths. Giving her sexiest performance in years, Katy invites her lover – who may or may not hold a Hells Angels membership card – to join her on a tropical escapade. According to the fanciful lyrics, she apparently makes this suggestion on a rather humdrum Sunday, because that’s what being a millionaire is like.

‘Harleys’ bridges the optimism of summer with the cool resistance of autumn, lying somewhere between Lana Del Rey’s ‘Doin’ Time’ and Camila Cabello’s ‘Havana’. Like the latter’s now-iconic ‘Havana-na-na-na’ hook, the titular island state is immortalised with its own equivalent: a breathy ‘Hawaii-aii-aii’. At least it should be a hit somewhere.

Watch Katy burn rubber in the ‘Harleys In Hawaii’ video below:

Add to library: Pretty much everything hun

Booking festival stages and Taylor Swift support slots might be a breeze with a couple of transatlantic smashes in your back pocket. But Charli XCX is a popstar who evolves so quickly, and challenges her creative limits so regularly, that her most accessible work – think the punchy, shout-along hooks of ‘I Love It’ or ‘Boom Clap’ – is simply trite compared to her post-2014 pivot to PC Music’s hyper-futuristic robo-pop.

The conflict between these two opposing creative avenues has defined the last four years of Charli’s career: an agonising yet fruitful chapter of label interference, one scrapped third album, two critically-acclaimed mixtapes and an EP, plus an endless stream of singles.

Because here’s the genius of Charli XCX. So deeply ingrained is her pop know-how that, alongside years of reckless experimentation, she has continued to write enough chart hits – for herself and others, see: song of the summer ‘Señorita’ by Shawn Mendes & Camila Cabello – and rack up enough industry goodwill to sneak the abstruse synth gimmickry of hipster darlings A.G. Cook, SOPHIE and Danny L Harle into the mainstream.

Take ‘Click’, for example. As soon as the aforementioned single’s gentrified house-pop makes its tidy exit, a protracted blast of feverish synth confirms we’re in business-as-unusual mode. Co-starring Kim Petras and eccentric Estonian rapper Tommy Cash, it’s a godless hymn honouring the whips, the gold, and the instant gratification that comes with being a rockstar: ‘Get what I want like “click” / They want a pic like “click”’. The cocky rhymes are propped up by simple, evocative percussion – until Cash starts rapping about Sudoku and hashtags, and the production becomes openly hostile around him. The final 30 seconds is a collection of twisted, nightmarish sounds typically associated with demonic possession, seemingly added for no other reason than for the amusement of scaring the shit out of any Taylor Swift fans picked up from the Reputation Tour. Bewildering moments like these are what make Charli a triumph.

Thankfully, there are plenty of them. The belligerent ‘Cross You Out’ slow-dances to 80s-prom drums and extraterrestrial rumblings. On ‘2099’, Charli backs up her self-anointed avant-garde status with high-tech, and highly-textured, production. Best of the lot is the Missy Elliot-recalling ‘Shake It’ – a four-way battle royale between Big Freedia, CupcakKe, Brooke Candy, and Pabllo Vittar. Charli plays the part of referee, regularly stepping into the ring to remind you to shake it. Each of these iterations comes flavoured in a new vocal effect, with the singer mutating into everything from a malfunctioning android to sentient liquid.

Whatever creative lane Charli XCX has navigated over the years, she has never stopped writing inherently catchy hooks. Charli is a world where aggressive futurism coexists with comparatively meek but charming single options like ‘White Mercedes’ and ‘Official’. That alone makes it one of the most important pop records of the 2010s, and – if I may be so bold – the next decade to come.