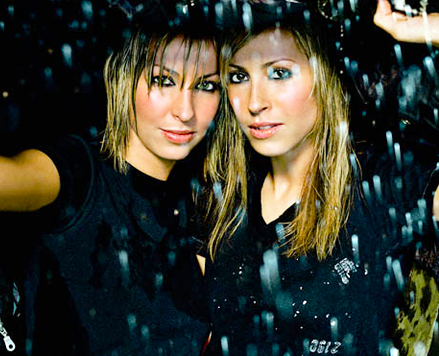 The pleasure pop music fans take in imposing an air of redundancy upon certain girl group members is inexplicable. One could look at the vitriol levelled at Michelle Williams after her appearance at Beyoncé’s Super Bowl half time show as an extreme example, but if anything, Williams should feel flattered by the GIF’s and memes that followed (not to mention the ensuing interest in www.poormichelle.com, an electronic shrine to her supposed inadequacies) as such affectionate cyber-bullying can be considered a virtue in comparison to the price those labeled The Other One usually suffer: complete and utter indifference on the part of their audience. Now, it’s safe to assume that during their All Saints heyday (we’ll say ’97 – 01) Natalie and Nicole Appleton suffered no such fate – at least in terms of tabloid interest. But as members of their BRIT award-winning pop group, they were spare parts. At this stage I feel I should point out that I adore the discography that All Saints have behind them. They enjoyed an incredibly strong run of singles; thanks in no small part to Shaznay Lewis’ distinctive songwriting, all velveteen vocals and sass served at artic temperatures. But upon listening to the Appleton sister’s debut album Everything’s Eventual, I am left only to imagine what the pair could have brought to the table had they only been given the chance.